Waiting on tenterhooks... | Musings Of A Mild Mannered Man 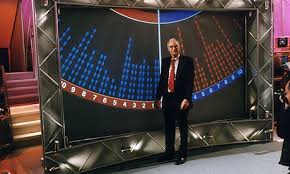