On a knife edge … – Musings Of A Mild Mannered Man

On a knife edge …

I really thought by now – 2:30am GMT – we’d have a clearer idea of where things were going for the election. BBC NEWS, through out the day, started making claims that things were swinging towards Obama. Now, with the results coming in, they’ve gone back to saying it’s too close to call.

Though CNN is reporting that there is 600 votes between Romney and Obama in Florida, could be many recounts
. 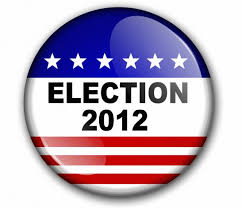